Patriots Official Sponsor
PHHS Hockey Defeats Westview HS in OT
On Monday night, the Patrick Henry varsity roller hockey team secured its 6th win of the season with a dramatic overtime victory against the 2017 CIF Champions, Westview HS.
Sam Moorhead scored his 2nd goal of the season to tie the game up at 5-5.  With 48 seconds left in the game, Westview scored to take the lead with what seemed to be the game winner.
Henry High pulled their goaltender to allow an additional player on the rink and Matt Russell tied the game 15 seconds later to send the game into OT.
In the OT session, it took Matthew Voegel just 31 seconds to fire the game winner past the Westview goaltender and secure a dramatic come from behind victory for the Patriots at Skate San Diego in El Cajon. 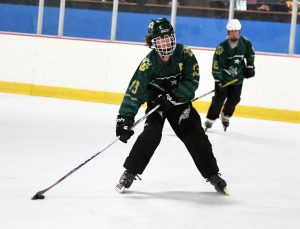 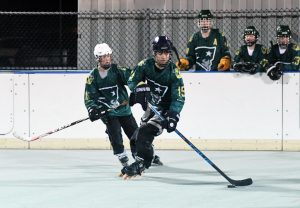