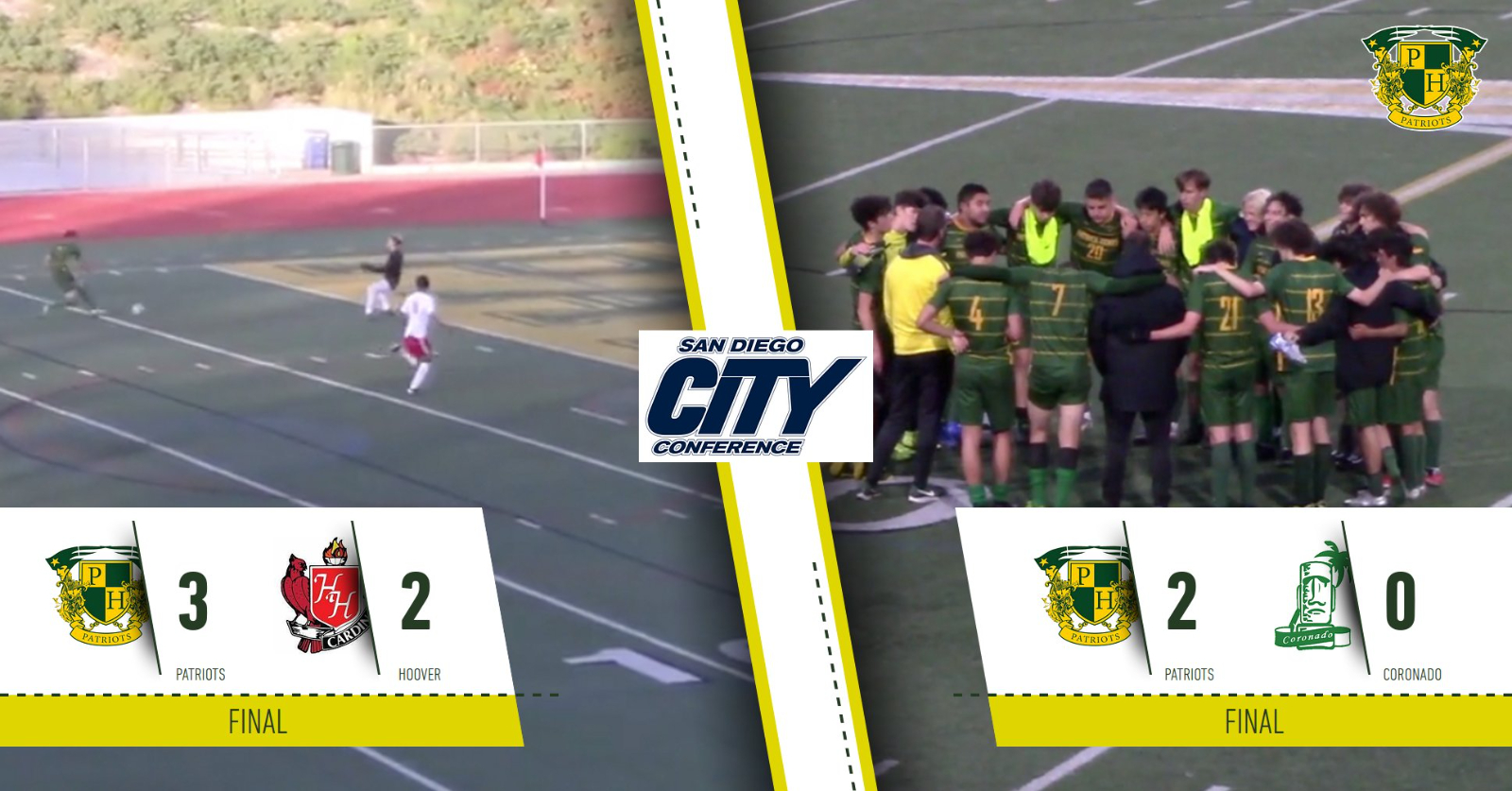 Moving up to the Eastern League this season presented a challenging schedule but it has proven a great opportunity for increased competition. The Men’s soccer team has started league very strong with a 3-2 win over the Cardinals on Tuesday and a 2-0 win over the Islanders on Thursday. 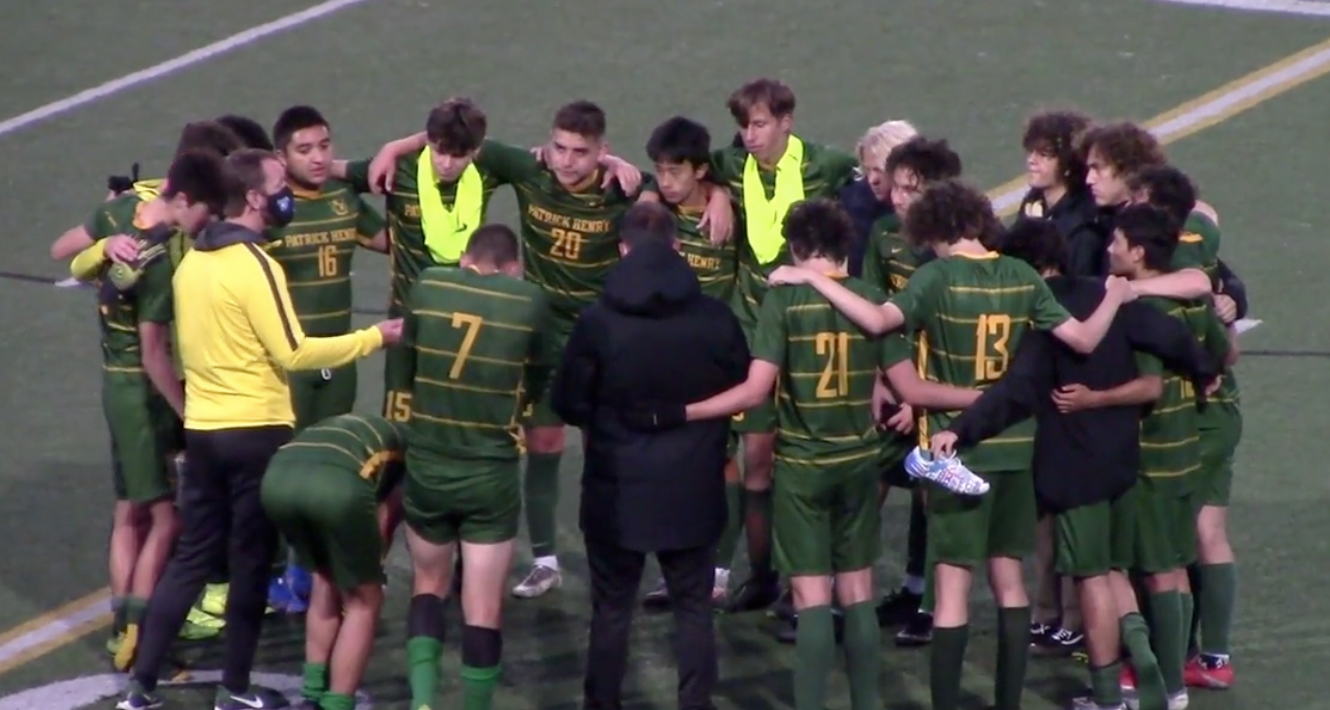 Tuesday’s match against HHS was a back and forth highly contested match. The first game in league is always a great opportunity to rise to a challenge and in a new league it was the opportunity for the Patriots to prove they belong. The pregame focus to make a statement and demonstrate to themselves they can rise to the challenge gave the Patriots the motivation they needed.

The Patriots got things started in the seventh minute when Senior Samuel Marquez won the ball in the attacking half of the field. Passes from Marquez to Michael Medina, Johan DeLorean then played the ball wide to Josh Gama who found a return pass to Marquez. Marquez then played a beautiful through pass to Alessandro Zarattini who blasted home the near post goal for the 1-0 lead. Minutes later the Cardinals equalized with a goal of their own.

In the 17th minute the Patriots were fouled about 14 yards outside the HHS penalty box. Senior Medina stepped up and saw an opportunity to challenge the keeper. He unleashed a shot from 32 yards out the beat the keeper dipping just below the crossbar giving the Patriots the lead at 2-1. 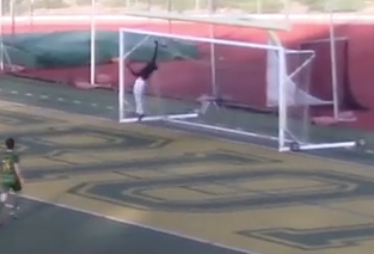 In the 29th minute the Patriots would strike again this time from a beautifully timed run by Medina and an outside of the right foot pass from Senior Leinad Seguro. Medina ran on to the ball in the corner of the penalty box with the keeper sprinting out to close space, he calmly slotted a low first touch shot that rolled into the back of the net. Once again the Cardinals responded well and would get a goal back before halftime and the score would be 3-2 at the break.

The second game against CHS provided an opportunity to build on the confidence gained from the win over HHS and also a chance for the Patriots to measure themselves against a CIF Division 1 program. With a very strong back line and continual defensive pressure winning the majority of 50/50 balls and quickly gathering second ball opportunities the defense anchored by Juniors Keegan Ferreira, Tyler Maas and center back and Senior outside backs Luis Salas and Josh Gama secured the first clean sheet of the season for Sophomore keeper Pierce Hamblin in his second start of the season.

The speedy transition attack of Zach Lennett and Alessandro Zarattini once again proved difficult for the opposing defense as the Patriots were able to find opportunities through their build up play to break down midfield lines and play penetrating passes to the forwards. Zarattini was able to once again get behind the defense in the first half forcing the defender to make a risky decision to deny an attempt at goal only to take the Patriot forward down in the penalty area earning a PK. Senior Michael Medina stepped up to the spot and blasted the shot home for a 1-0 lead in the 31st minute.

Taking advantage of the momentum the Patriots stuck again two minutes later. Keeper Hamblin punted the ball forward to midfield Senior Samuel Marquez who flicked the ball through to the on-running Zarattini who clinically chipped the ball over the CHS keeper for the 2-0 lead. The scoreline remained the same at the half.

The second half saw the Patriots controlling the game in possession and managing the contest very well. The game would finish at 2-0 and with the win the Patriots move to the top of the early league table with 6 points. 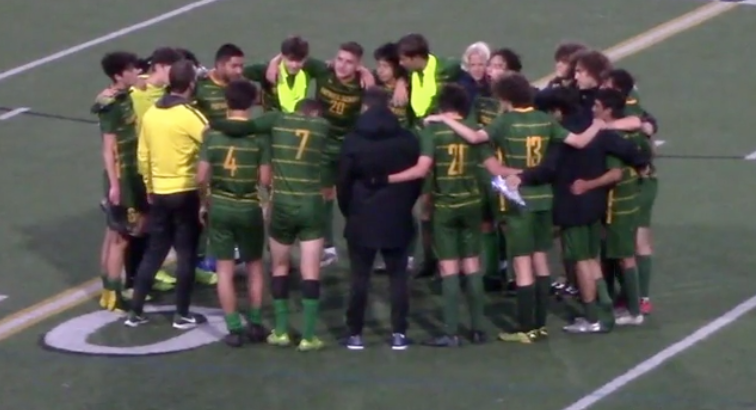 Next week the Patriots travel to Scripps Ranch HS on Tuesday, Crawford HS on Thursday and have a home game against Mission Bay HS on Saturday at 11:00am. Go Patriots!