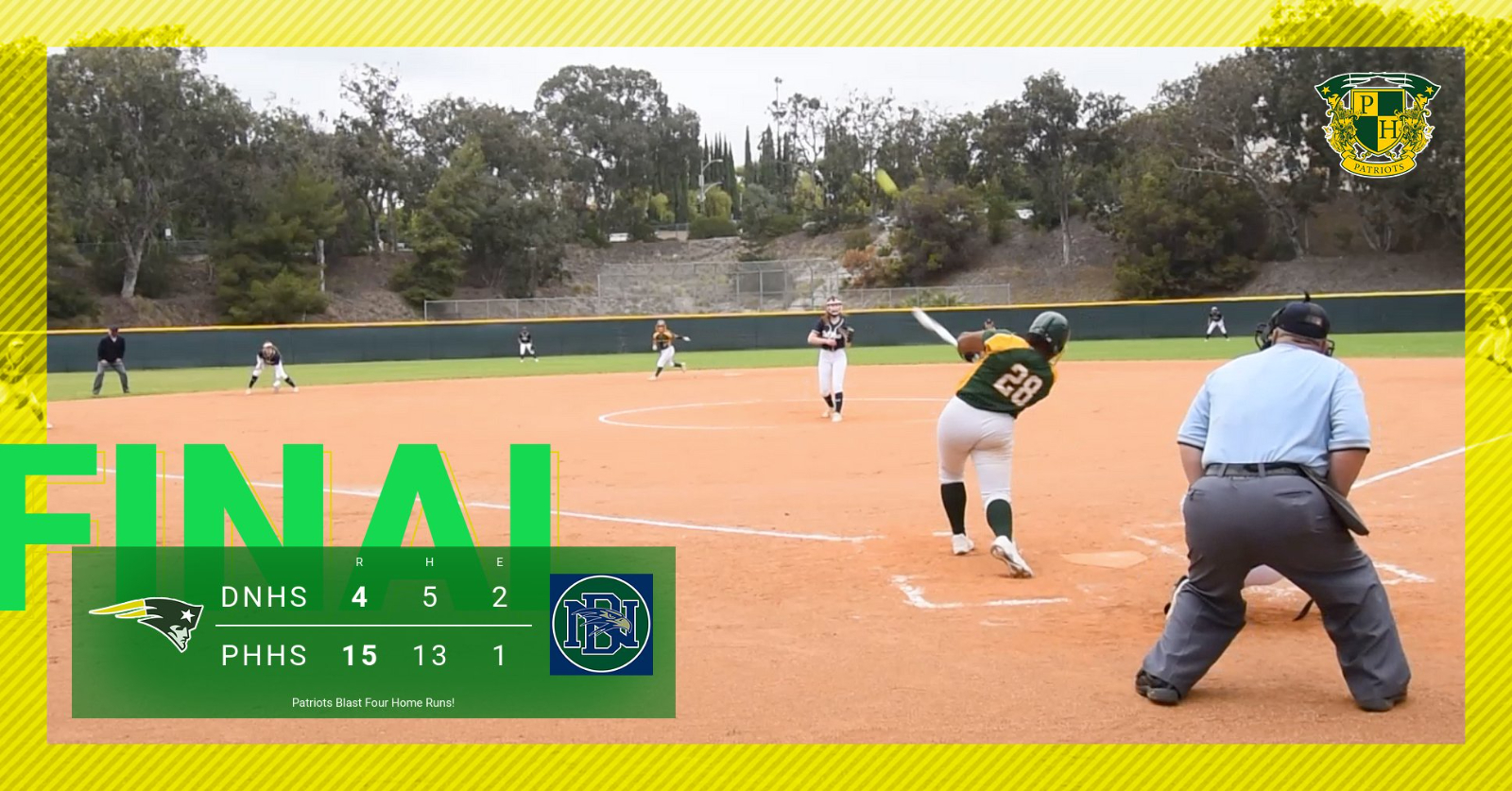 DEl CERRO– On Wednesday (Apr. 23), Dezianna Patmon (3-3, 2 R, 6 RBI, 2 HR) continued her monster season as she belted a pair of home runs and drove in six-run to ensure the Patrick Henry Patriots cruised to a 15-4 victory over Del Norte.

Patrick Henry (7-2) started their scoring in the bottom of the first inning when Kaiah Altmeyer (2-4, 3 R, 2 RBI, SB, 3B, HR) belted a leadoff solo home run, a couple of batters later Olivia Gigante (2-2, 2 R, 4 RBI, HR) walked and Alexis Hampton (2 R) came into the game to run. Still, with only one out, Patmon stepped to the plate and blasted a two-run dinger over the left-field fence to give them a 3-0 lead.

Patmon would add to her tally in the bottom of the second as she belted a grand slam homerun which was her fourth of the season over the center-field fence to extend the lead to 8-0. Scoring on the homerun were Altmeyer, Jenel Mallari (1-3, 2 R) and Hampton.

Another run for the Patriots in the bottom of the third came on a double steal with Altmeyer safe at second and Macy McGee (1-2, 2 R, SB) raced home on her attempt and was safe to make it 10-0.

The Patriots added to their large lead in the bottom of the fourth inning as Dewitt drove in Gigante to make it 11-0.

Del Norte (5-5) would avoid the shutout in the top of the fifth inning with four runs to make it 11-4.

Later in the bottom of the inning, Altmeyer roped a triple to right field that brought home Sydney Newton (1-2, R) and Gigante added a three-run home run, her sixth of the season to round things out and end the game.

Gigante picked up the shortened five-inning victory in which she gave up four runs on five hits while walking three and striking out four.