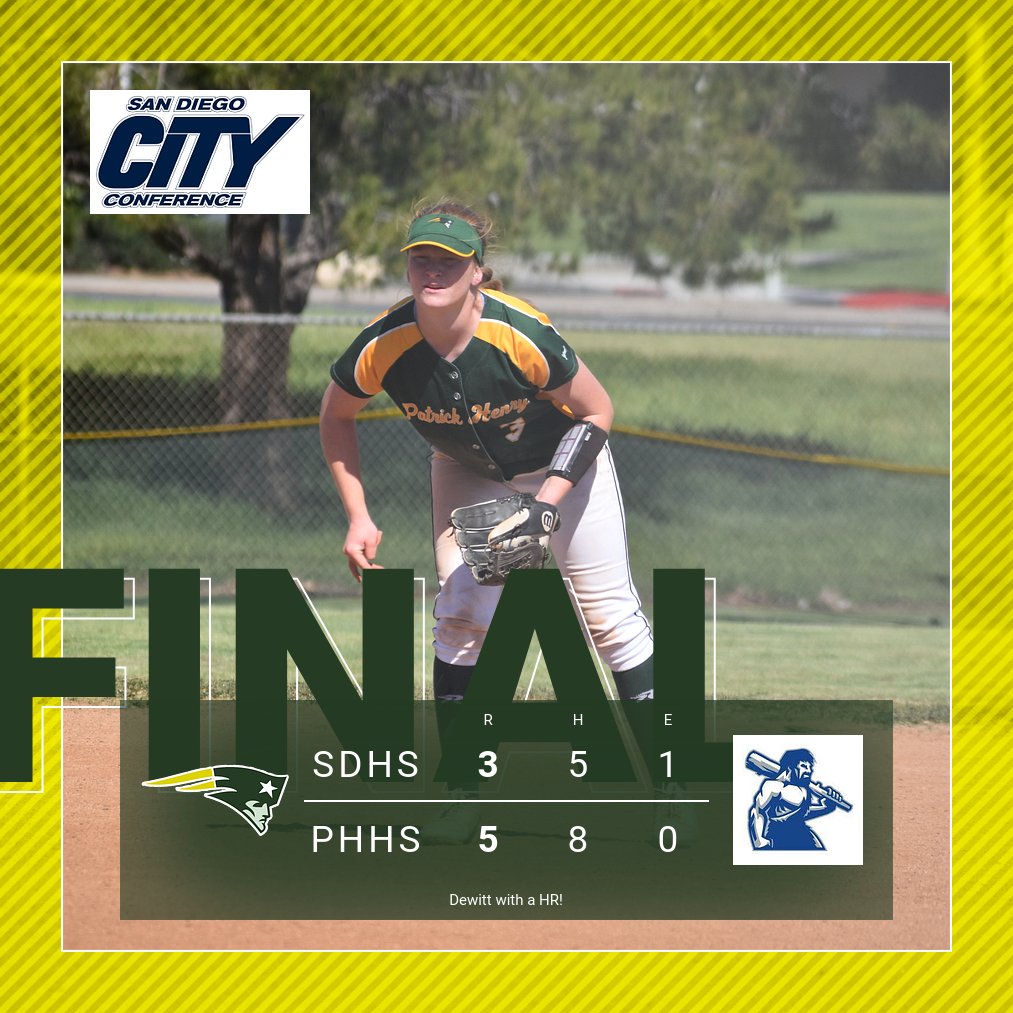 DEL CERRO – The Patrick Henry Patriots would race out to a 5-0 early on and hold onto defeat the visiting San Diego Cavers withstanding a late run on Tuesday afternoon.

The Patriots got rolling in the bottom of the first inning when Jessica DeWitt (2-3, 2 R, 3 RBI, HR) drove in Kaiah Altmeyer (1-2, 2 R, 2 SB) with a base hit, the next batter Olivia Gigante (1-3, R, 2 RBI, HR) would blast her seventh home run of the season over the center-field fence to give them a 3-0 lead. The home run by Gigante once again tied her for the County lead with Eagles slugger Sofia Mujica who hit her seventh the other day.

More of the same for Patrick Henry in the bottom of the second inning with two outs following a walk by Altmeyer as Dewitt hit a two-run home run over the left-field fence to make it 5-0.

Dezianna Patmon would also have a pair of hits in the game including a double, McKenna Geiger had a double as well.

Sanchez got the nod for the Patriots and also picked up the win as she tossed all seven innings in which she allowed three runs on five hits while walking two and striking out two.