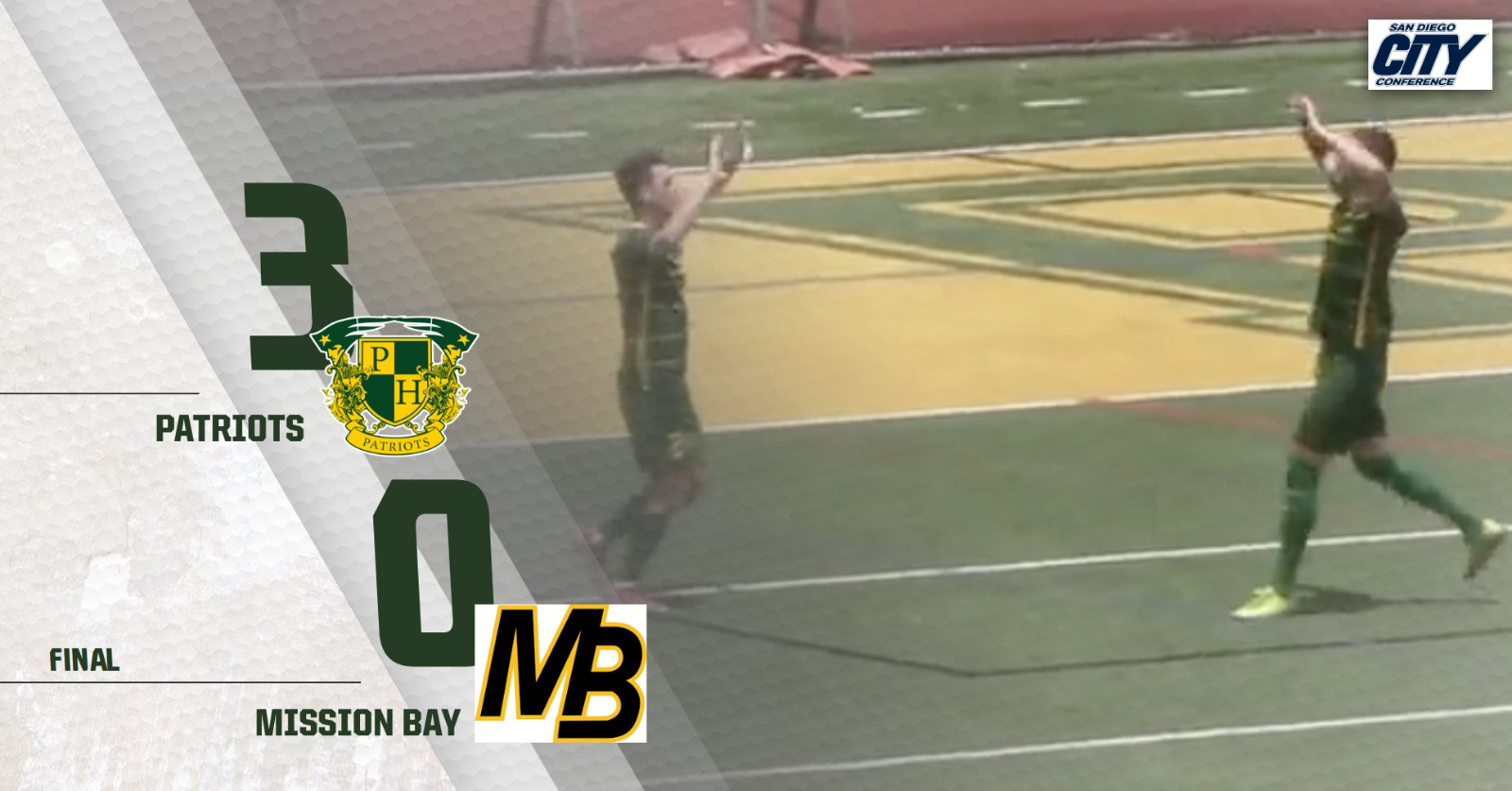 The week started with a trip to Scripps Ranch HS for an Eastern League match. Following a slow start and down 2-0 at the half the Patriots got a goal back early from a nice cross by Michael Medina to fellow Senior Alessandro Zarattini. With momentum and a bulk of possession the Patriots were able to keep the Falcons under pressure but in the end could not get the equalizer and dropped their first league contest 2-1.

On Thursday the Patriots traveled to Crawford HS. The Colts came out very strong from the beginning of the game and jumped out to a 2-0 lead in the first 15 minutes. One of the great characteristics of the ’21 Patriots team is the willingness to stick to the plan and stay calm. In the 30th minute the Patriots got their first goal with a nice interchange between Samuel Marquez and Josh Gama. Marquez played a beautiful through ball to a streaking Gama who calmly found Micheal Medina for the tap in goal. Two minutes later Marquez once again played a fantastic through ball to Medina who whipped his shot near post past the keeper to level the game at 2-2. Right before halftime Gama played a nice front post corner kick to Senior Zach Lenett who bounced a header off the turf beating the keeper for a 3-2 halftime lead.

With momentum, the Patriots game out at the restart much stronger. Zarattini aggressively took on the Colts right back down the sideline and once in the box played a clinical cross on the ground to Lenett who tapped in the goal for his brace on the day. In the 68th minute, keeper Pierce Hamblin would quickly get the ball to the feet of center back Keegan Ferreira who played a perfectly weighted ball over the top to left back Luis Salas who ran on to it and calmly beat the keeper side netting for the fifth goal of the game. The Colts would get a late goal and keeper Hamblin would make a couple acrobatic saves to preserve the 5-3 victory.

Saturday’s matchup against Mission Bay was a make up of a league contest that needed to be rescheduled. The Patriots controlled possession but found it difficult to break down the Buccaneer defense for a goal. Finally in the 37th minute through a nice stretch of possession Gama played a beautiful cross from 40 yards to Medina who let the ball bounce and then blasted a half volley past the keeper for a 1-0 halftime lead.
The Patriots enjoyed over 60% of possession during the first half but wanted to extend their lead on the scoreboard. In the seventh minute after halftime Ferreira played a 30 yard switch to beautifully timed run by Lenett who struck a first time shot into the back of the net. Then in the 70th minute Medina collected the ball 35 yards from goal and put on a dribbling master class beating three defenders and slotting the ball between the legs of the keeper. The game would end in a 3-0 victory for the Patriots and put them in a four-way tie at 9 points with Coronado, Hoover and Scripps Ranch.

Next week the Patriots will travel to Mission Bay HS on Tuesday and Hoover HS on Thursday. Go Patriots!