Long Wait is Over As Cross Country Competes at Serra HS The Patrick Henry Cross Country Team finally launched their 2020 season – in February 2021 – and they certainly showed that they were ready and excited to toe the starting line. Senior Charlie Dunnigan wasted no time in moving to the front along

Allied Gardens Rec. Pool & Morley Field Open Effective February 16   Updated Cross Country Meet Schedule The first Cross Country meet of the Eastern League Season will take place on Friday February 12 at Serra HS. It is very important that access to the meet is restricted to student-athletes and coaches. At this

Season 1 Start Date Pushed to 2021 Patriot Athletics Student-Athletes, Parents and Community, The CIF State office made an announcement December 1 concerning the start date of Season 1. It has been postponed and we will get more information the first couple weeks of January 2021. For all information click or copy & past the

2020-2021 Fall Season is scheduled to begin in December On Monday July 20 the CIF State office released a new plan for there to be two seasons of play in 2020-2021. There will be a “fall” season that begins in December 2020 and a “spring” season that still has yet to be determined when

Fall Season is scheduled to begin July 30th. Clearance registration will be launched ASAP. There has been a delay as additional forms, waivers, and information are added to the 2020-2021 Athletic Packet due to COVID-19. PLEASE WAIT UNTIL THE NEW REGISTRATION PACKET GOES LIVE. DO NOT GET YOUR ANNUAL PHYSICAL YET. Student-Athletes will be able to 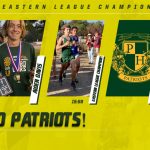 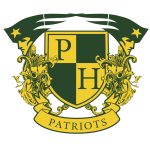